I love watching and talking about movies, even the bad ones.

If I Stay review


Mia (Chloé Grace-Moretz) is put into a coma after a car crash and has an out-of-body experience, she must make a difficult decision. The Premise Sounds interesting on paper, "Ghost" for tweens, but the execution is surprisingly boring. The movie focuses more on the romance between Mia and her boyfriend, Adam (Jamie Blackley) than the out of body aspect, making it feel wasted as a result. Some of the characters are written unrealistically, like The Doctors who refuse to let Mia's friends visit her room for no good reason other than they're not her family. Chloé Grace-Moretz and the rest of the cast are good too, but If I Stay is a slow and sometimes boring romance that is for tween girls only, anyone else need not apply.

0 comments, Reply to this entry


Almost everyone on The internet has reviewed or pointed out how bad this movie is, but honestly none of the reviews do it justice. No matter how bad you think or say it is, it's much much worse.

Foodfight is infamous for it's troubled production, it was originally supposed to be released in 2003, but the footage was stolen in what writer/director Larry Kasanoff called "an act of corporate espionage", and for 10 years, the movie floated in pre-production hell as Kasonoff's production company, Threshold Entertainment foight just to get it released. Finally, after Kasanoff auctioned the movie off for $5 million in 2007, Foodfight was released on DVD on May 7, 2013 with a budget of $65 million. But quite frankly, they would have been better of just scrapping the project and moving on.

The animation is hideous, the characters are bland and unlikable, the world in the movie makes no sense, the humour is either too inappropriate for kids or too stupid for adults, and the movie as a whole is surprisingly mean-spirited.

In conclusion, Foodfight is a poorly made, and mean spirited peace of drek that no one should ever have the misfortune of watching. Avoid it like the plague.

0 comments, Reply to this entry

JWR added 2 items to their collection

Tomatometer Score: 82%. Nobody is a visceral, brutal, and surprisingly funny action romp that can best be described as "John Wick" meets "Falling Down". Bob Odenkirk is immensely relatable as an everyman and also a convincing badass. The villain of the film is a bit weak, but the film is so damn entertaining, that it's easy to forgive.
1 year, 10 months ago
JWR added 4 items to their collection

1 year, 10 months ago
JWR added 2 items to their collection

Tomatometer Guess: 54%. Out of the blue, Warner Bros has moved the upcoming monster crossover from May to the tail end of March. Is this because they want to get it over with, or is this a sign of confidence in the final product? Actual Score: 75%. Godzilla vs. Kong aims at being a brainless monster movie with a narrow plot.... and largely succeeds at being immensely entertaining as a result.
2 years ago
JWR added 15 items to March to April 2021 Tomatometer Predictions list

2 years, 10 months ago
JWR added 2 items to their collection

2 years, 11 months ago
JWR rated Birds of Prey: And the Fantabulous Emancipation of One Harley Quinn

Birds of Prey: And the Fantabulous Emancipation of One Harley Quinn 8/10
2 years, 11 months ago
JWR rated The Rhythm Section

The Rhythm Section 4/10
2 years, 12 months ago
JWR added 2 items to their collection

3 years ago
JWR added 2 items to their collection

3 years ago
JWR added 2 items to their collection 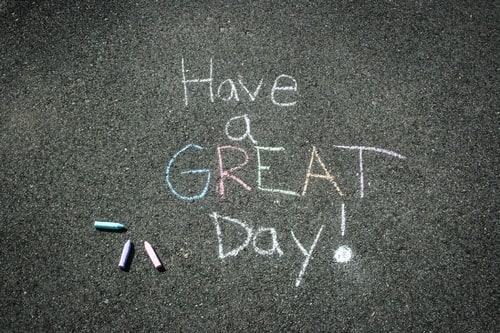 Leo
Posted: 5 years, 4 months ago at Sep 2 14:30
Will the September to October Tomatometer Predictions be up soon?

johanlefourbe
Posted: 7 years, 9 months ago at Apr 23 14:29
The list is almost done! I only need 7 votes to finish this list. Maybe you can help me out?
if you are interested, please check it out : www.listal.com/list/listals-100-films-see-before-3297